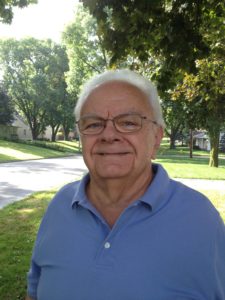 Before being introduced to Three Principles in 2014, Bob’s various life experiences included 10 years of Catholic Priesthood ministering to youths in retreat house settings, 9 years as an owner/manager of a family restaurant, 3 years as a clinical social worker on mental health and chemical dependency hospital units and several years of energy healing work. Along with his Masters’ in Social Work, Bob has two other Masters’ degrees and a Doctorate in Metaphysical Theology. Bob’s pot of gold at the end of the rainbow was the Three Principles which provides “the golden key to your soul and the wisdom that lies within” (Sydney Banks). Bob co-facilitates the Awareness Group and the Intention: Exploring the Universal Mind group. He has been married to Linda for 40 years, has two children, a beautiful daughter-in-law and two grandchildren. His new adventure is learning Tai Chi.